Sounds of the Day... 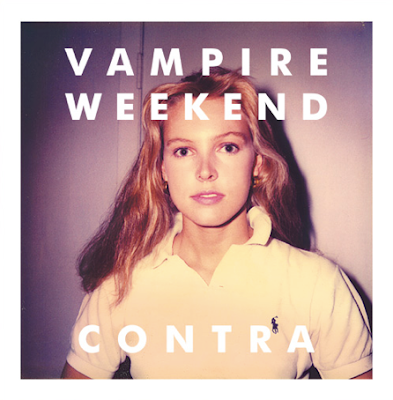 I was wishing tickets would magically fall into my hands for the past three nights of shows in NYC. But sadly, I did not get to see Vampire Weekend at Webster Hall. I love the new cd, even more than their last. Have you heard the story about the photo?
Posted by Sarah Engel

Labels: Music, Sounds of the Day

I actually just posted about how obsessed I am with VW and Contra too! Sorry you missed out on the NYC shows. I'm hoping tickets will fall out of the sky for the DC show in April...maybe the extra time will help? So now I'm dying to know: what's the story about the photo?? :)

i saw them when they were here a few months ago, but was hoping to catch a glimpse of the new songs live! oh well. better luck in DC. The pic of the girl was taken in 1983, she is unkown - but apparently lives in Malibu - they chose the photo b/c of her ambiquous vacant look. it's brought up tons of questions that are so interesting, like - did polo sponsor this? it's fascinating that people are so struck with immediate assumptions based on a photo. love this "The image of a blonde, white girl in a Ralph Lauren polo shirt fits the bourgeoise aesthetic of the band and is intended to represent the social and cultural conflict at the heart of the album"

Hmm, would love to see a "where are they now" on that chick... I can't believe the photo is actually from 1983 - I just assumed it was shot recently but made to look like the quintessential 80s preppy girl! Thanks for the scoop, SJ!